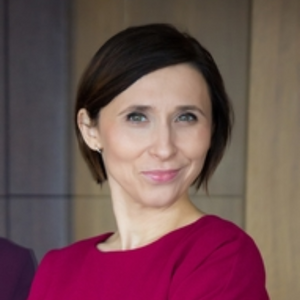 Chairperson of the Scientific Council

Expert in risk management and insurance, including space insurance. Author of at least several dozen publications on the above. Her recent book concerns ‘Space insurance. International legal aspects’ (Kluwer Law International, 2017). Currently making a research on risk management and insurance of in-orbit-servicing ventures. Frequent speaker at Polish and international academic and industry conferences. Head of the Centre for Space Studies at Kozminski University and leader of the postgraduate studies ‘Entrepreneurship in the space industry’. 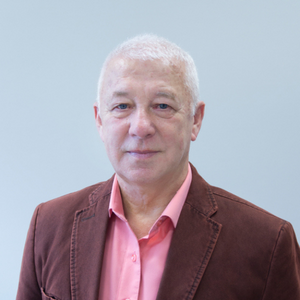 He has published over 150 scientific papers, including fifty academic books, in regard to the Space Law issue “A new space civilization. Satellites in the service of the Earth ”(ed. Z. Brodecki, K. Malinowska, M. Polkowska) and“ Per mare ad astra – space technology, governance and law ”(ed. E. Wittbrodt, Z. Brodecki, M. Nyka). Among these scientific works are many publications in English and French. From the beginning of his academic career, he conducted interdisciplinary research, which was reflected in obtaining a Doctorate in Law in criminal law and a postdoctoral degree in maritime law. Currently, his main subject of research is focused on space law and the artificial intelligence and its legal issues. It should be noted that he has edited series of eight volumes of the Aquis Communautairei triptych – “Europe of judges”, “Europe of officials” and “Europe of entrepreneurs”. 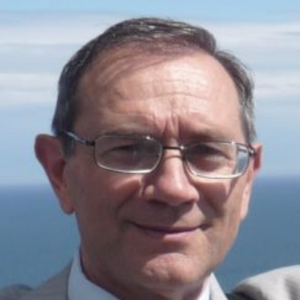 According to Research Gate, he is the author of 150 scientific papers according and also editor of 14 books and reports. He is a head of the Polish Nautological Society, vice president of the Baltic Sea and Space Cluster, director of editing in the magazines “Internet Manager” and “Knowlegde Transfer”, participated in 90 scientific conferences. 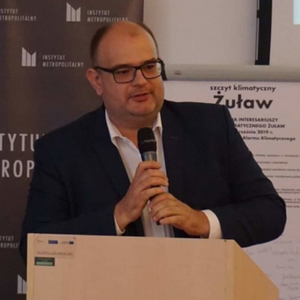 Department of Public Economic Law and Environmental Protection, Faculty of Law and Administration, University of Gdańsk

Author of dozen of articles, chapters and books in the field of environmental law, public economic law and international law, that has been published in Poland, Germany, Great Britain and Ukraine. He is a Head of international research projects, carried out, among others from grants from the King of Sweden, the Ministry of Higher Education of Poland, and the European Commission. In his research on space law, he focuses on the challenges of space management as well as access to and sustainable use of space resources., 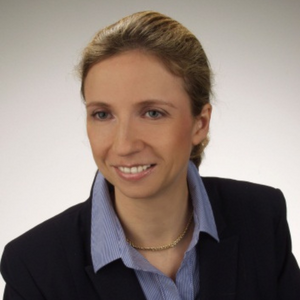 She gives lectures in Polish and English, among others in the field of international law, diplomatic and consular law, aviation and space law, aviation and space safety. In the years 2013-2016, she was elected as the first member of the Council of the International Civil Aviation Organization of the United Nations in the history of Poland, that is the permanent representative of Poland and the Central European Rotation Group; he was also the representative of Poland at many diplomatic conferences. Lecturer at polish and foreign universities (including the McGill University in Canada, de Paul in Chicago, ENAC in Toulouse, or the University, City of London). Member of the Space Sciences Commission of the Polish Academy of Sciences and the CARS Antimonopoly and Regulatory Studies Center. Speaker and moderator at a number of aviation and space conferences. Manager of the Ministry of National Defense grant: “Challenges of the space security policy in the world and the national and EuropeanSSA system in the context of the evolution of the space environment”. 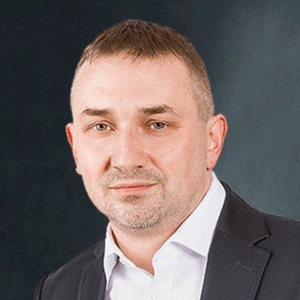 Institute of Legal Sciences, Faculty of Law and Administration, University of Silesia

Professor of Law and Administration, University of Silesia, Partner and founder of Szostek-Bar and Partners Law Firm. Member of the Polish Academy of Sciences Katowice, expert of the European Parliament’s Artificial Intelligence Observatory; expert in new technologies, co-author of the concept of e-court, originator of the electronic acknowledgement of receipt (electronic return currently being introduced in the MS), author of the concept of the electronic filing office and changes to the Code of Civil Procedure, parliamentary expert, lecturer, author of several dozen publications (including monographs and foreign publications including bestsellers e.g. co-author of Cyber Law – published in New York, Tokyo, Sydney, Amsterdam, London) Author of the monograph Blockchain and Law 2018. 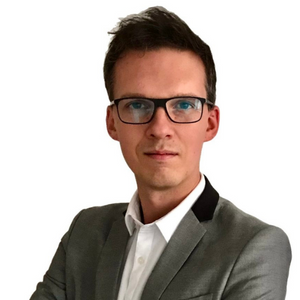 Lawyer, habilitated doctor of legal sciences. Assistant professor at the Faculty of Law and Administration of the UKSW. Currently, he is also the Vice-Dean of this Faculty. He defended his doctorate on the basis of the dissertation entitled “Leadership in local government. Administrative and legal analysis“. He was twice at the University of Osnabrueck in Germany as part of the Erasmus program for researchers. In the years 2014-2016, he was head of the scientific project entitled “Creation and use of energy from renewable sources – as a sphere of municipal economy“, financed by the National Science Center. As part of study trips related to energy policy, he participated in scientific and research meetings in Sweden, Finland, Norway and Latvia. Author of publications related to energy law and local energy – including publications referred to Local energy (postdoctoral publication). His scientific interests are focused on administrative and economic law, in particular in the field of local government law and energy law. 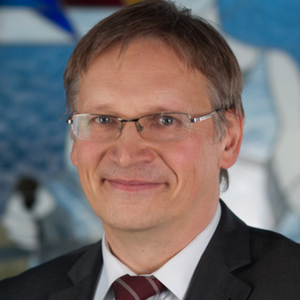 Department of Public International Law, Faculty of Law and Administration, University of Gdańsk 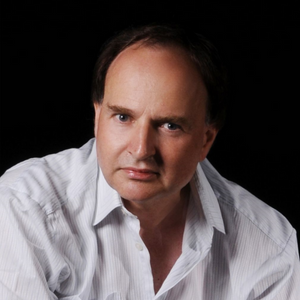 He is a political scientist, the Associate Professor (doktor habilitowany), employed in an establishment of Institute of Political Science at the University of Warsaw. He has also been active in the association of Mars Society Polska, and Polish Society for European Studies and the Polish Society of Political Science. As a political scientist, he deals with issues in the field of space policies, in particular European space policy, security and defense, exploration of Mars and/or the Moon and other celestial bodies. Separately, the Polish space sector is, separately from abovementioned, also a subject of his interest. He is a co-organizer of conference series on European space policy and Mars exploration, as well as an active participant in many scientific and industry-related conferences. Beside the area of space policies, his scientific interests focus on issues related to political thought and political leadership, especially in Mainland China. 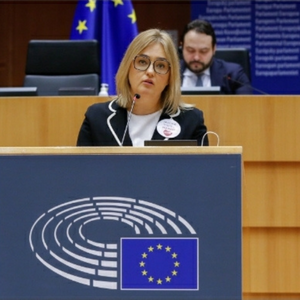 Department of Maritime Law, Faculty of Law and Administration, University of Gdańsk 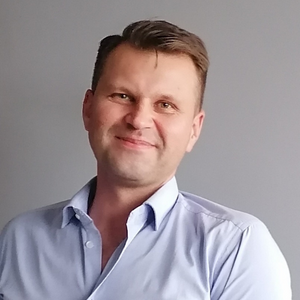 Graduate of the Military University of Technology, National Defence University, Private University of Business, Administration and Information Technology. Doctor of Technical Sciences. He served as Deputy Director of the Institute of Security Foundations and Head of the Chair of Security Sciences at the Department of National Security, Academy of Military Art. Former editor-in-chief of a scientific journal “Security and Defence Quarterly” (ISSN: 2300-8741), and currently editor-in-chief of the scientific journal “Defence Science” (ISSN: 2450-6869). Expert of the National Centre for Research and Development of the Operational Programme Intelligent Development (OPIR). Author of several scientific monographs, scientific and research papers and over 30 scientific articles in the field of security. Areas of scientific interest: airspace and space, cyber security. 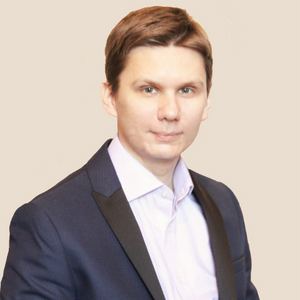 Department of Law, Faculty of Business and Social Sciences, School of Law, Social and Behavioural Sciences

Head of the ‘Law, Technology and Society’ a Research Group at Kingston University in London. He is a founder of the Space Law Center. 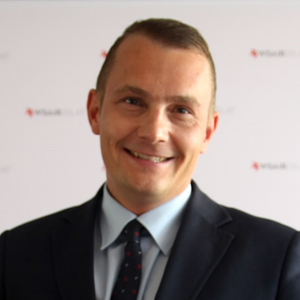 He is a founding member of the Space Sciences Commission, Polish Academy of Sciences branch in Gdańsk and member of the Maritime Law Commission, Polish Academy of Sciences branch in Gdańsk. Since 2018, he has been conducting active research work as part of the Baltic Sea & Space Cluster (BSSC). Speaker at national and international conferences. She has conducted research related to the Public International Law (in particular the Law of the Sea and the Cosmic Law), European Union law and the Law of Intellectual Property. Author of many publications. 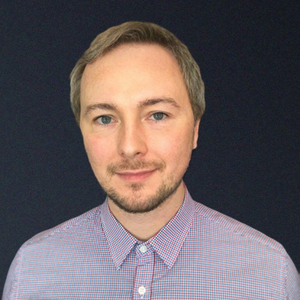 Daniel is a Research Associate at the University of Texas at Austin. His work is focused on the space objects attitude dynamics measurement, analysis and modeling – including active and defunct satellites.
His professional career started at the Space Research Centre, Polish Academy of Sciences (Borowiec Astrogeodynamic Observatory) under the supervision of Prof Dr. habil. S. Schillak, and later continued at the Space Research Institute of Austrian Academy of Sciences, Korea Astronomy and Space Science Institute, S. Korea and Space Environment Research Centre, Australia.
Daniel is the lead author of a series of scientific publications on the space objects dynamics determination and characterization from the high-rate laser tracking and hypertemporal photometry at the single photon sensitivity levels.
https://orcid.org/0000-0002-7935-7138 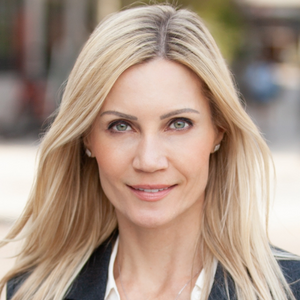 became Managing Director of the Prague Security Studies Institute (PSSI) in April 2020. She also serves as PSSI’s Space Security Program Director, a post she assumed in 2015. She previously held the position of a Space Policy Officer at the European External Action Service (EEAS) in Brussels as well as a Space Security Advisor to the Czech Foreign Ministry.

From 2009 to 2013, Ms. Robinson worked at the European Space Policy Institute (ESPI), seconded from the European Space Agency (ESA), leading the Institute’s Space Security Research Programme. Ms. Robinson is an elected member of the International Institute of Space Law (IISL) and the International Academy of Astronautics (IAA). She is also a member of the Advisory Board of the George C. Marshall Missile Defense Project of the Center for Strategic and International Studies (CSIS) in Washington, D.C. Ms. Robinson holds a PhD in the field of space security from the Charles University’s Faculty of Social Sciences, Institute of Political Studies and received two MA degrees, from George Washington University’s Elliott School of International Affairs and Palacky University in Olomouc, respectively. She received scholarships to attend the International Space University’s (ISU) 2009 Space Studies Program (SSP09), the 2008 Summer Training Course at the National Taiwan Normal University in Taipei, and a one-year course of study at Shanghai University 1999-2000.

Department of International Public Law, Faculty of Law and Administration, University of Gdańsk

Attorney-at-law; associate professor in the Department of Administrative Law at the Faculty of Law and Administration, University of Gdańsk; editor-in-chief of the periodical ‘Metropolitan. Scientific Review’; manager of the author’s research program Good Light Law, carried out by the Metropolitan Institute, which deals with legal and administrative aspects of counteracting artificial light pollution 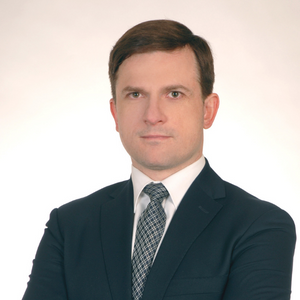 Doctor in legal science. He specializes in bioethical issues and the law of new technologies. He has published works on patient rights, health claims, right to life and death. He works as a legal advisor. 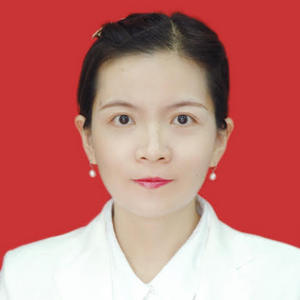 She received a Doctor of Law degree from the Faculty of Law at Zhongnan University of Economics and Law in 2019, with the dissertation on “Research on the Enforcement of Corporate Disgorgement”. In her research, she mainly focuses on civil, commercial and international law. She also completed courses at Bond University in Australia (Law School). She is the author of numerous scientific publications that have been published in leading scientific journals in China. 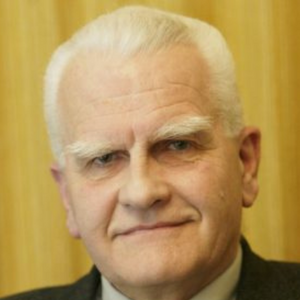 Astronomer, specialist in the dynamics of the Solar System. Graduated from the University of Warsaw, received his Ph.D. degree at the University of Wrocław in 1968. A retired employee of the Space Research Centre of the Polish Academy of Sciences, he was the scientific secretary of that institute. Lecturer in astronomy at the Warsaw University of Technology and at the Family Alliance College in Warsaw. From 1965, he was the secretary to the editorial office of the monthly magazine Urania, and from 1983 to 1997, its editor-in-chief. Author of numerous scientific papers, popular science articles, brochures and studies related to astronomy and astronautics, as well as several books, including “Bliżej komety Halleya” (Closer to Halley’s Comet) (1985), “Astonishments. The Universe of People with Long Eyes” (2006), “Beyond Earth… A History of Interplanetary Flight”  (2017). Member of the International Astronomical Union and honorary member of the Polish Astronomical Society and the Warsaw Catholic Intelligentsia Club. 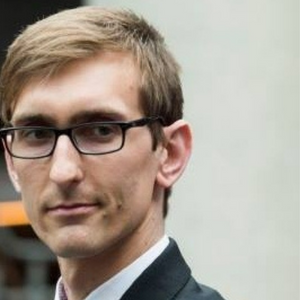 Assistant at the Department of Commercial and Maritime Law at the Faculty of Law and Administration of the Nicolaus Copernicus University in Toruń. He is arepresentative of the Nicolaus Copernicus University in the 333 Technical Committee for Blockchain and Distributed Registry Technologies (Polish Committee for Standardization) and also he is a member of the Working Group for Polish Space Law (Centrum Studiów Kosmicznych ALK), Member of the Audit Committee of the Association of Polish Professionals in the Space Sector (PSPA), Member of the Space Law and Policy Project Group at the Space Generation Advisory Council.